Mono‘Zhe is an ancient subterranean ruin located within a vast cave chamber. A local myth tells of a mythical weapon of great power locked away within the forgotten ruins, garnering the attention of international arms research firm Anepco who have started excavating the ruins. Poor working conditions and economic instability have caused the workers to strike, leaving the dig half finished, and the dig site deserted save for the company’s automated defenses. The player has discovered a secret way into the ruins, and decides to venture into the ruins and claim the sword before Anepco can send replacement workers. 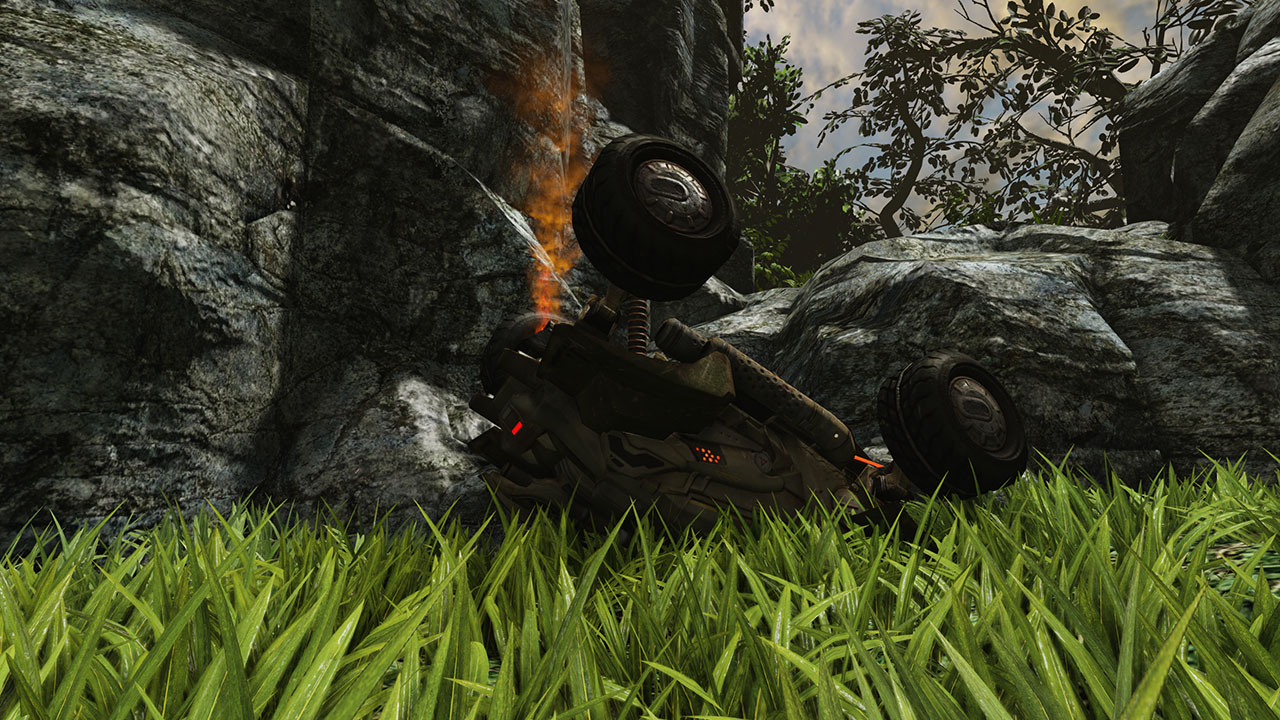 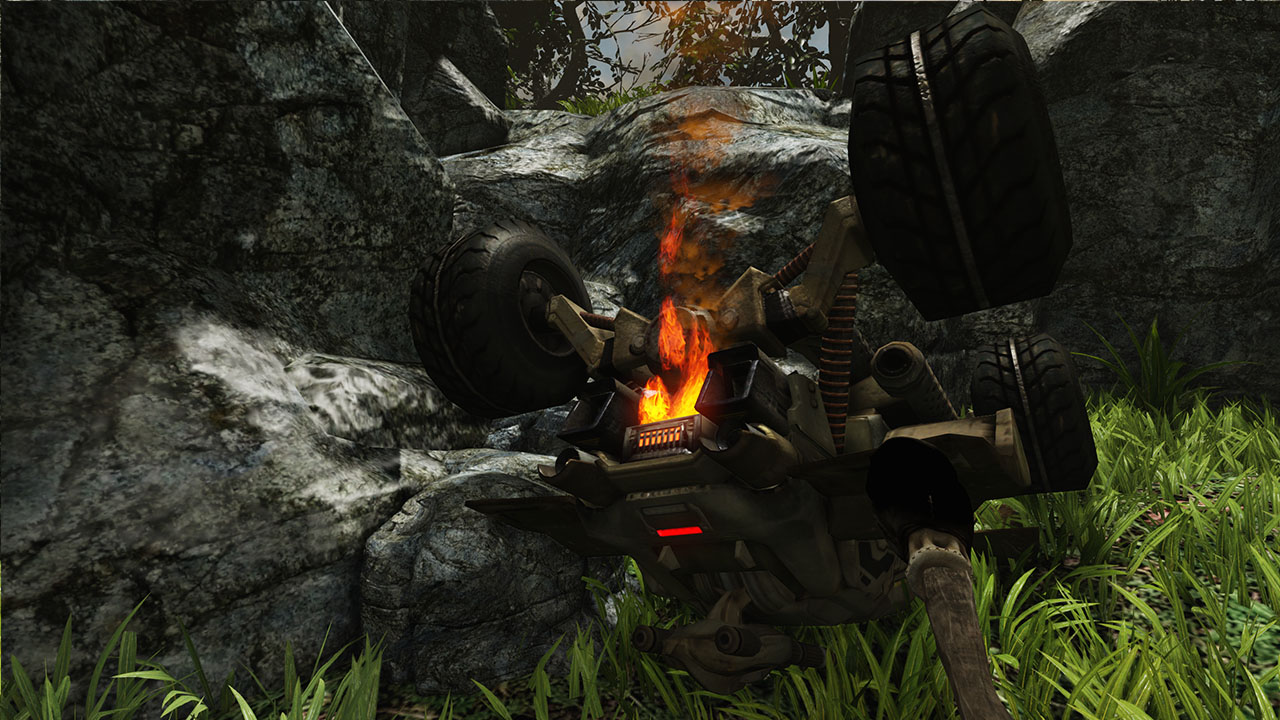 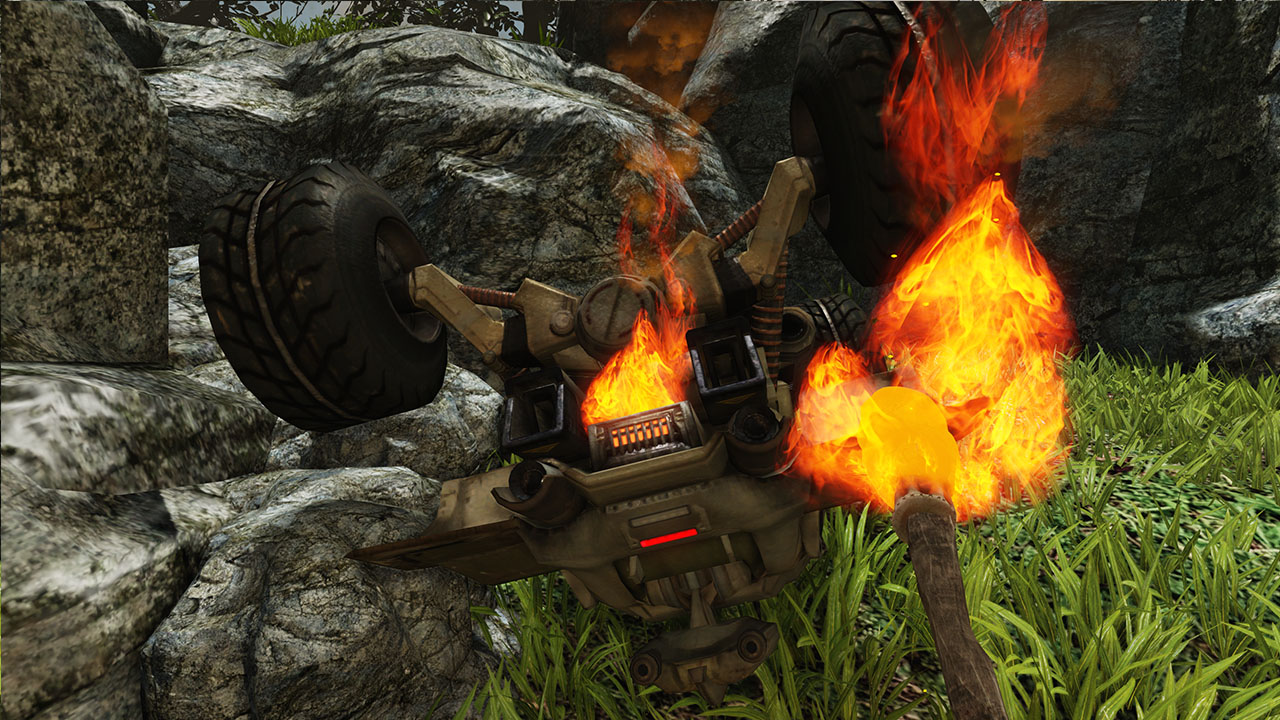 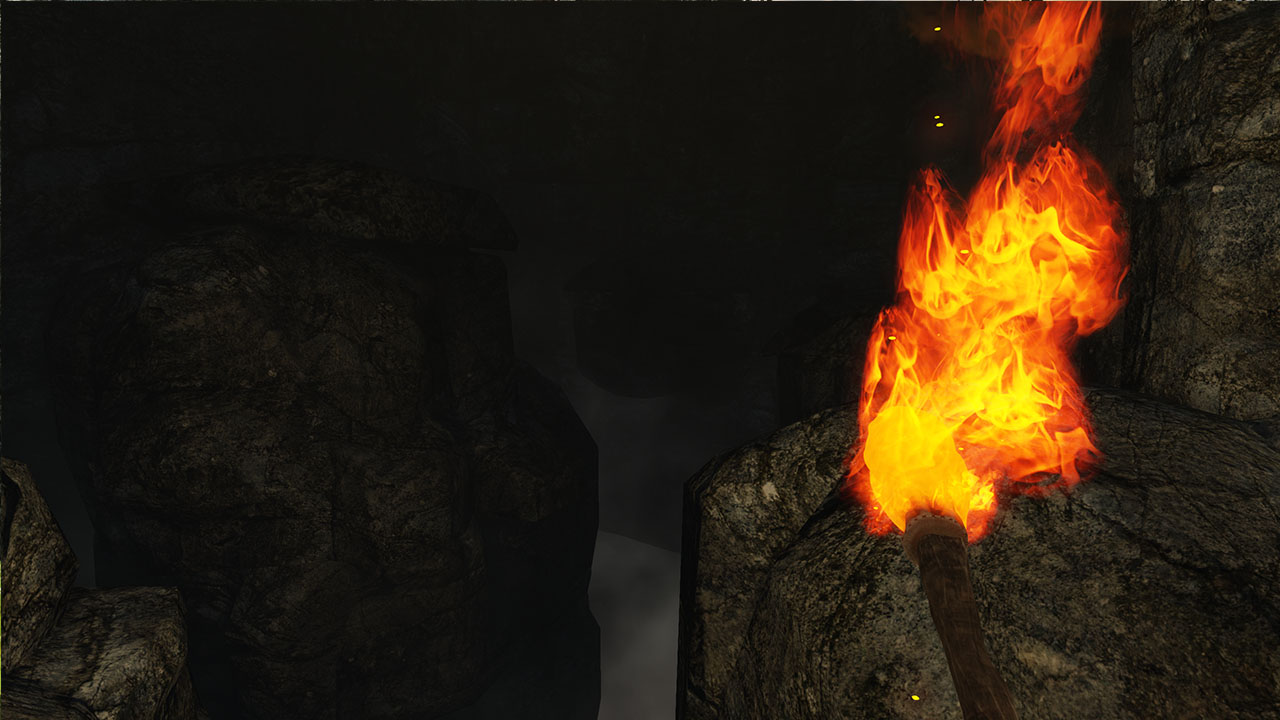 After a dramatic vehicle accident, the player finds himself in a small wooded enclosure near the mouth of a foreboding cave. The player can attempt to explore the cave, and may even make his way through it, though the path is treacherous and a miscalculated jump could result in a fatal fall into shadowy depths. The way through can be made much easier with the help of an improvised torch created from one of several dried sticks scattered about. To make the torch, the player must find one of the sticks and light it in the flames spewing out from his overturned vehicle. The torch allows for safer passage through the cave, but the player must hurry as the torch will eventually burn out and must be re-lit. 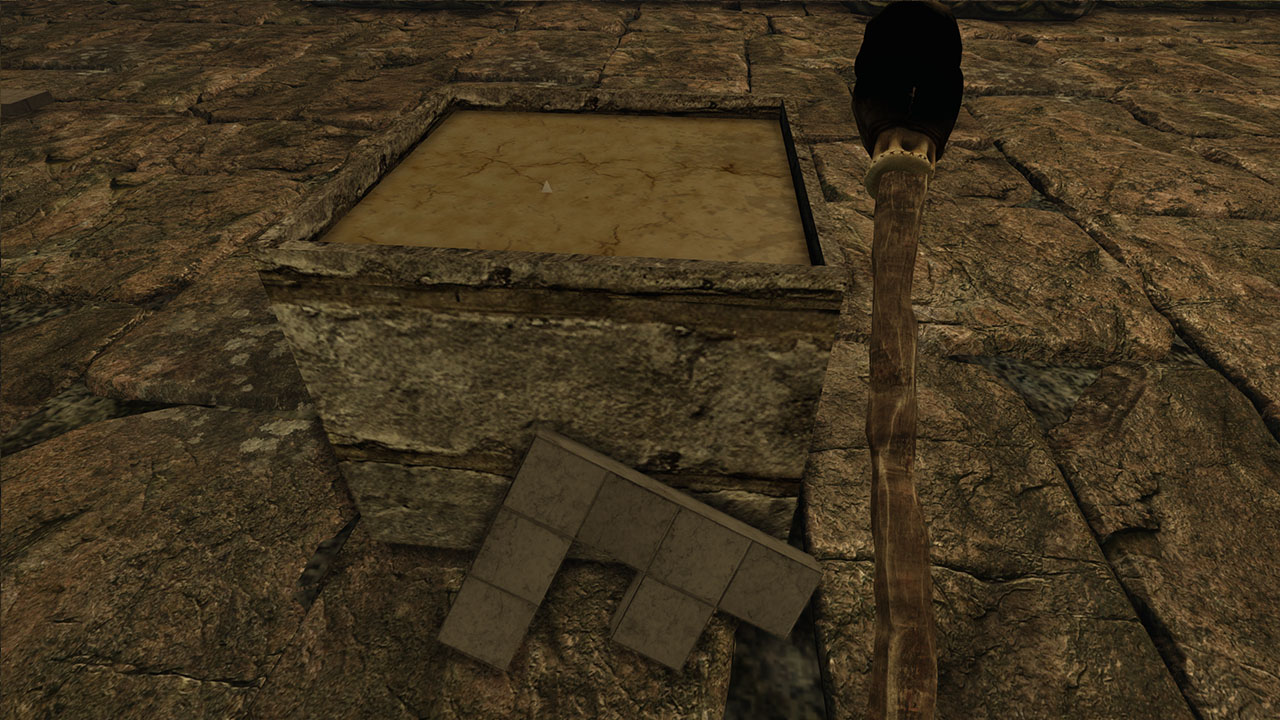 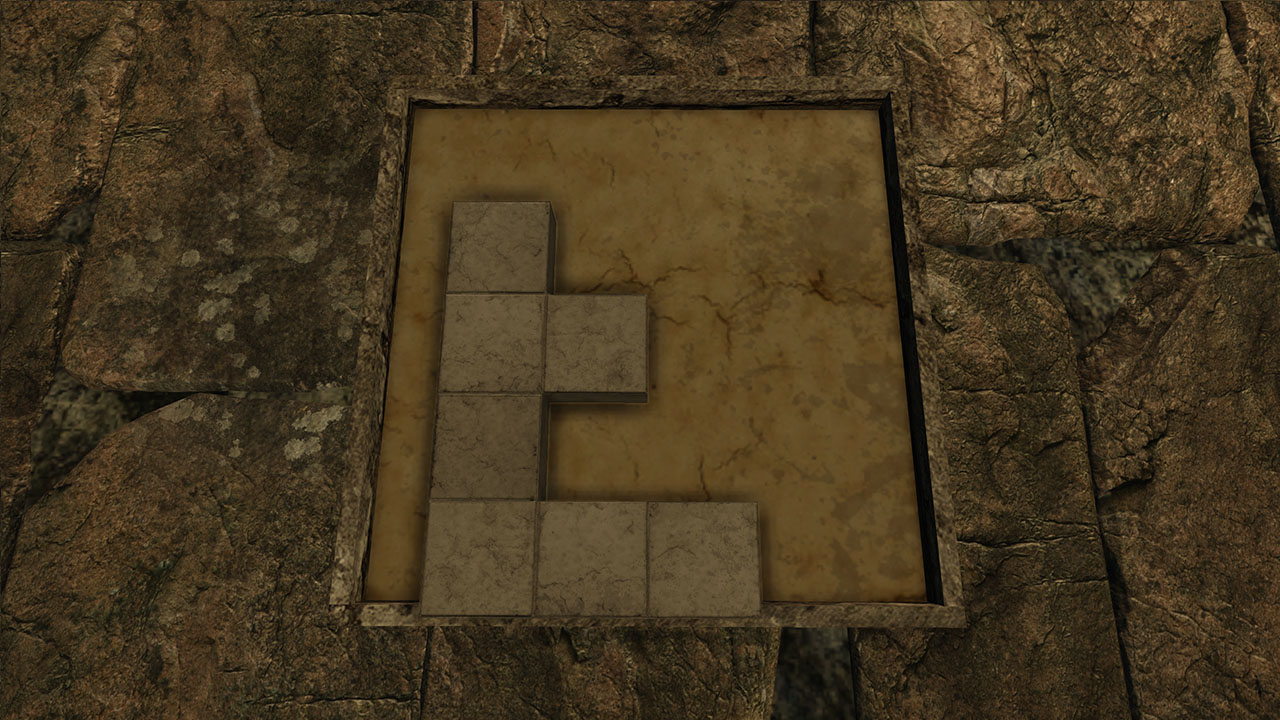 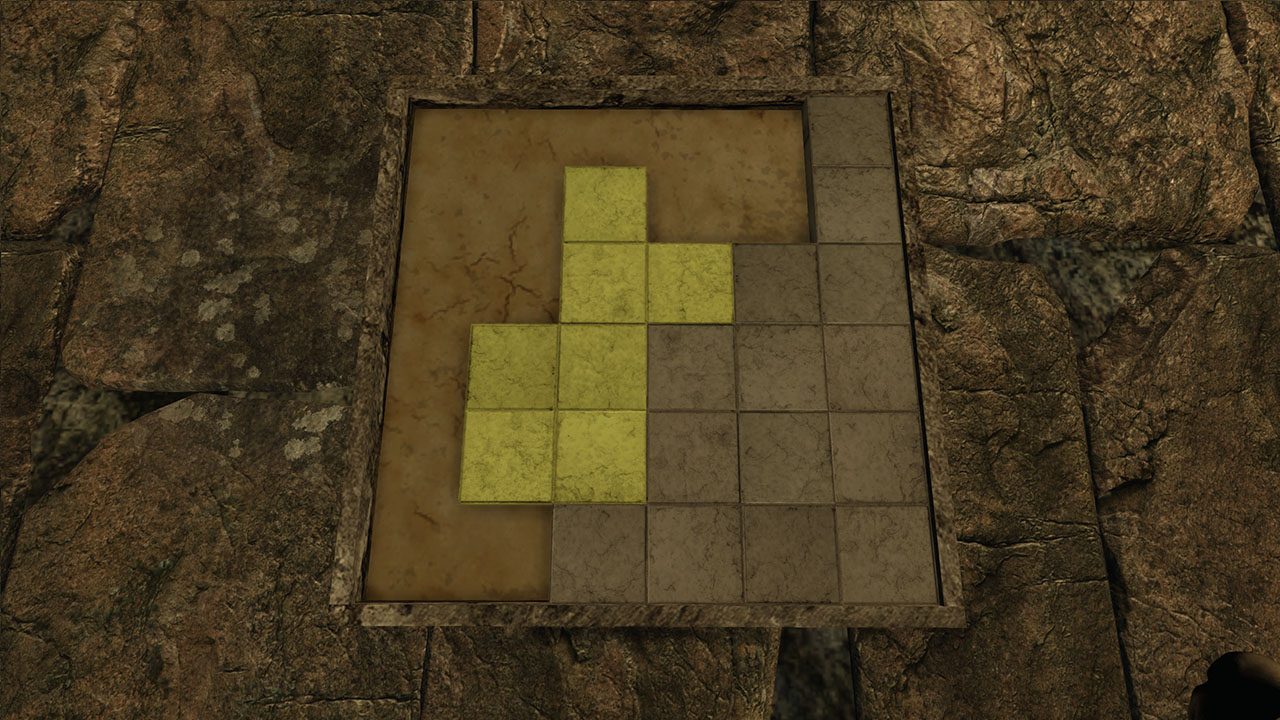 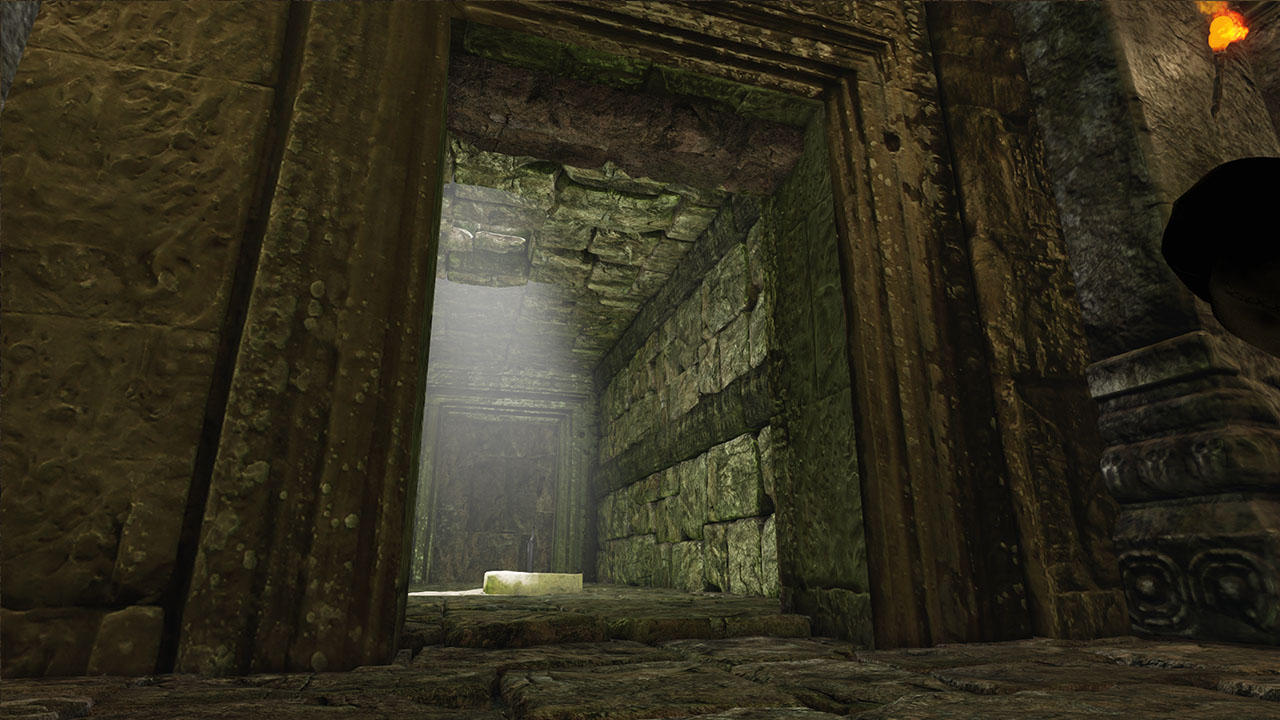 Once inside the ruins proper, the player is confronted with a closed stone door. In the same room is a plinth with a large square recess. The player can find an assortment of stone block pieces in different shapes scattered around the room. She can pick these pieces up and bring them to the plinth to place them. They can be moved and rotated over the plinth and placed anywhere they can fit. The player’s job is to place all five block pieces inside the plinth in order to open the door and progress. 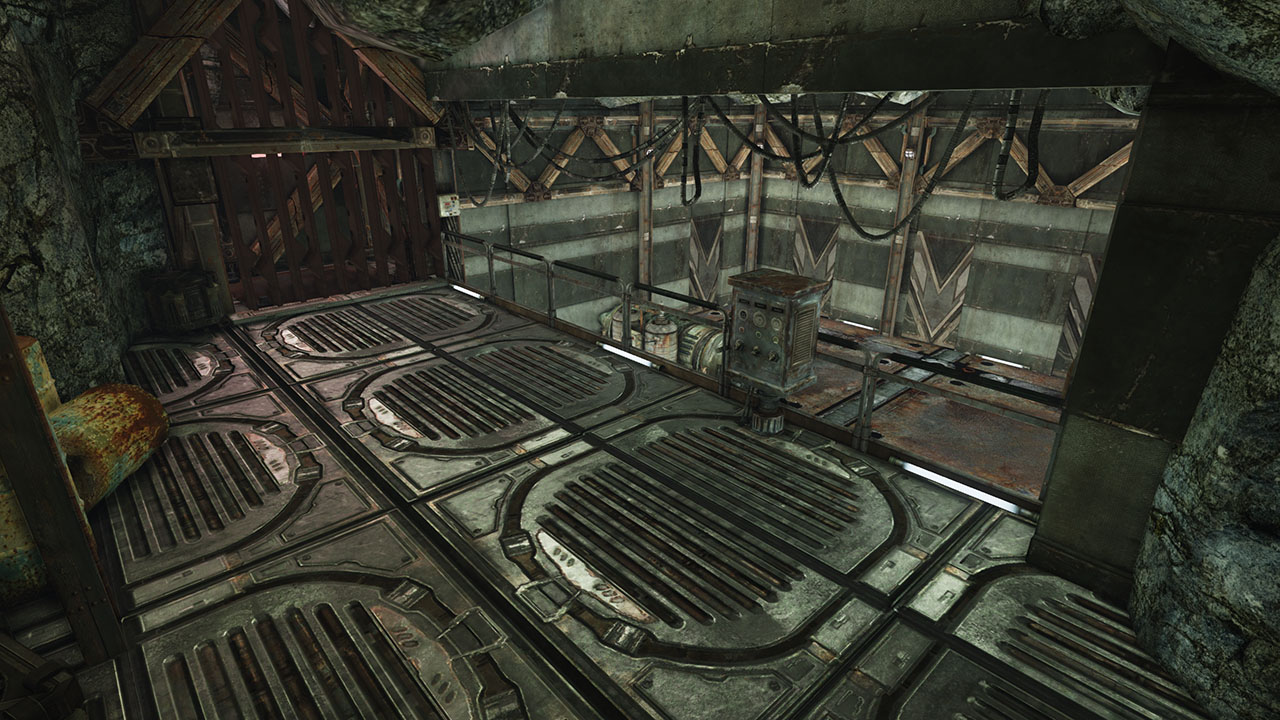 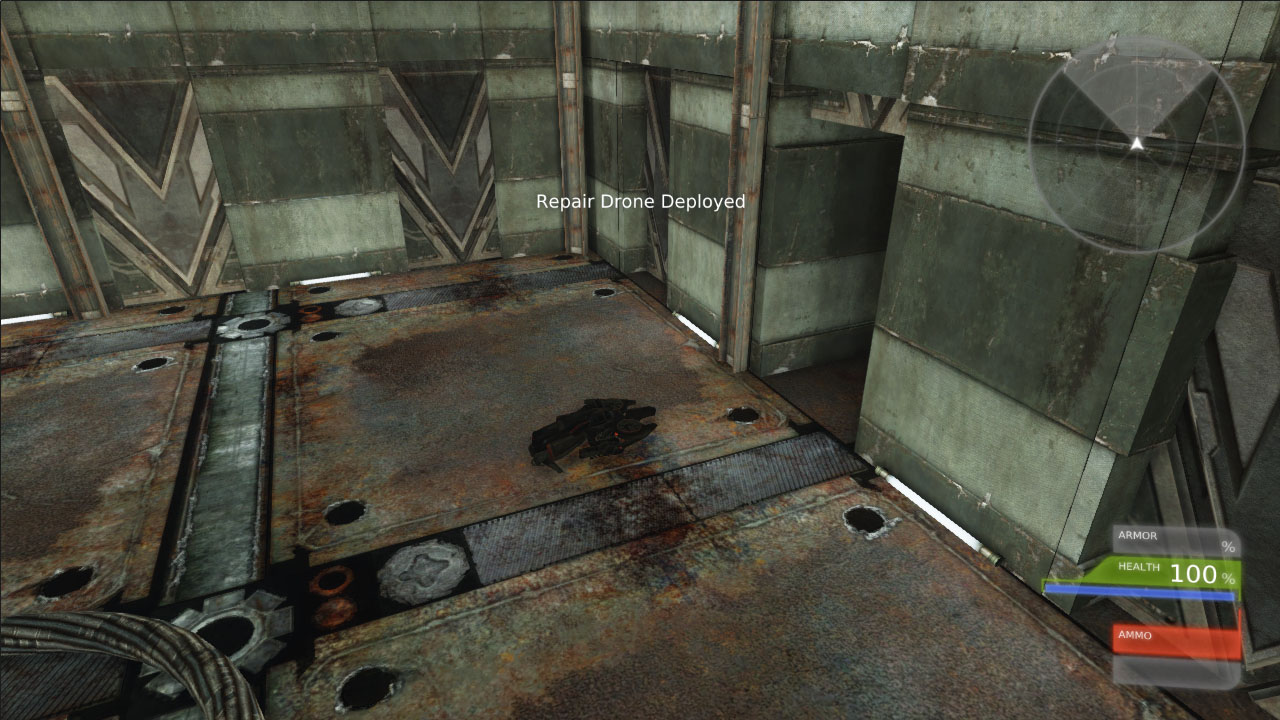 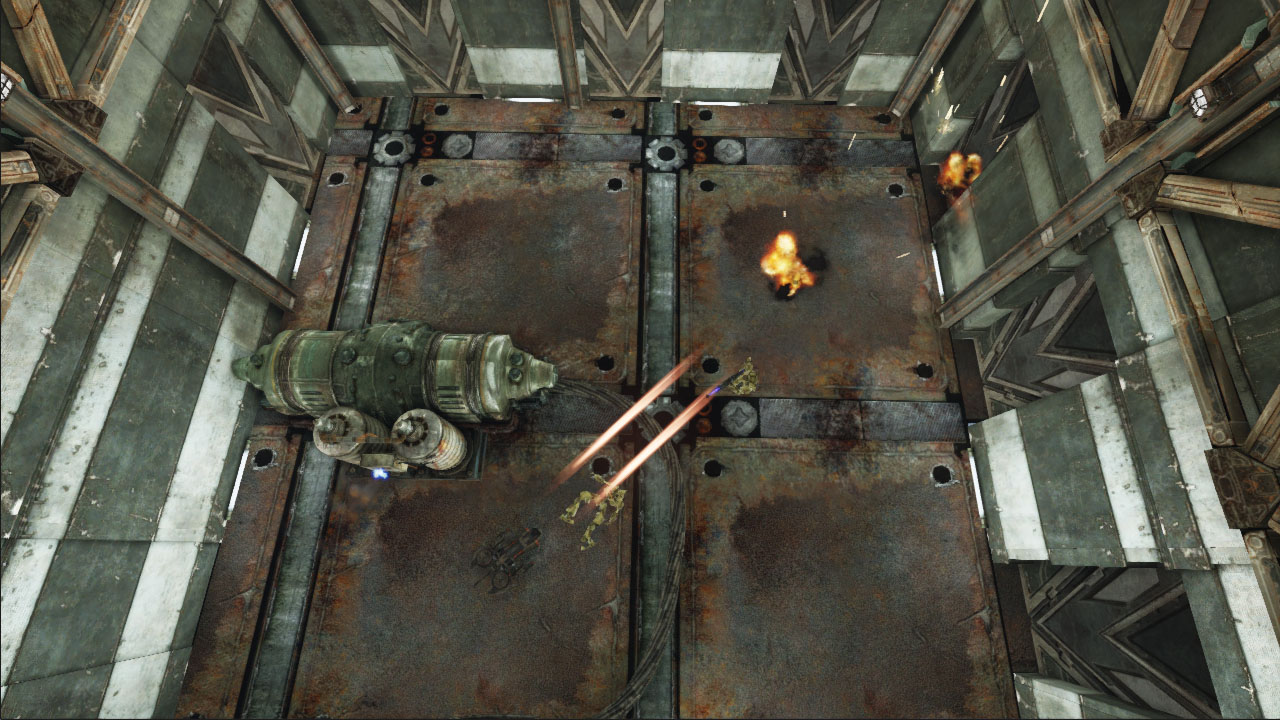 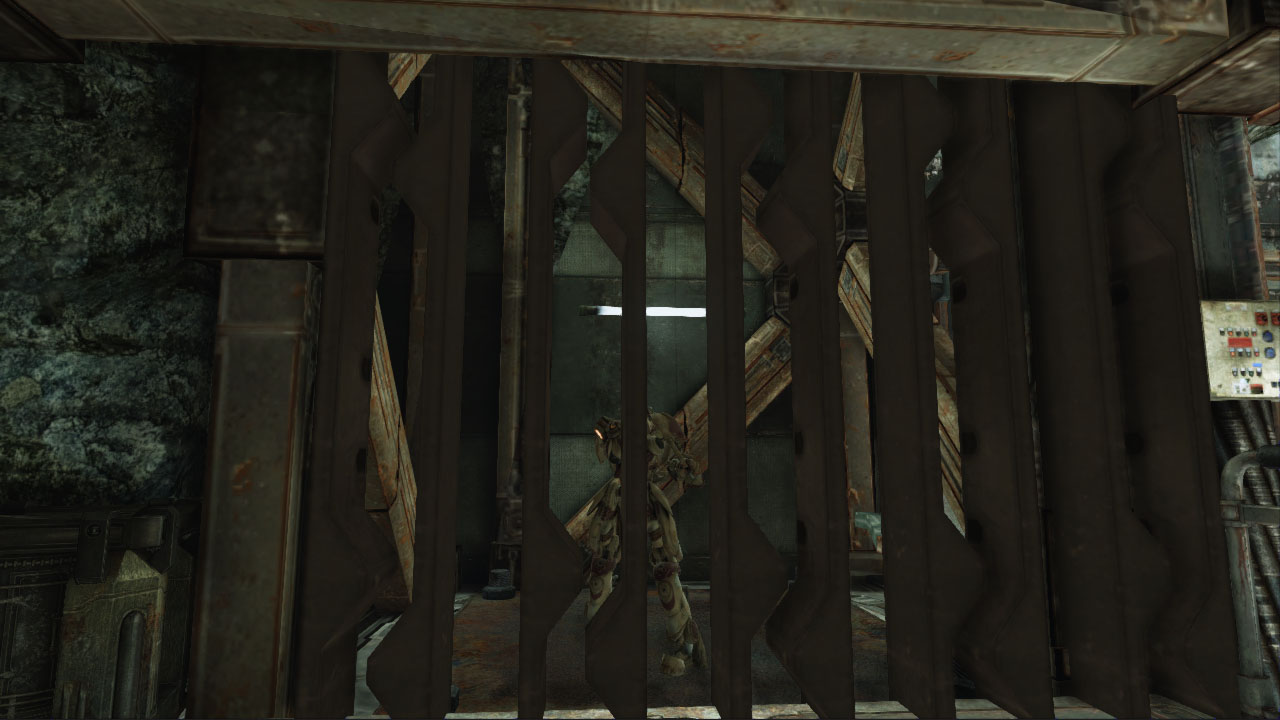 The final task for the player is to make his way out of the ruins via an elevator that has been built to accommodate an ongoing excavation of the ruins. Upon reaching the lift, the player notices that the lift gate will not open due to a lack of power. The player must then deploy a remote controlled drone to repair the lift generator. Things get complicated when the deployment of the drone alerts the dig site’s security robots. The player must control the drone and fight off the robots while staying close to the generator to repair it power the lift.