Ctrl-Seek was a game developed at the 2015 Global Game Jam. It’s a two player game that creates interesting social interaction by having two players to share a keyboard. Before each match, each player sets the movement controls for the other. Each player turns away from the screen while the other sets his or her controls. When the match starts, neither player knows which keys to use for movement. Players must try different keys around the keyboard in order to gain control and destroy the other player. 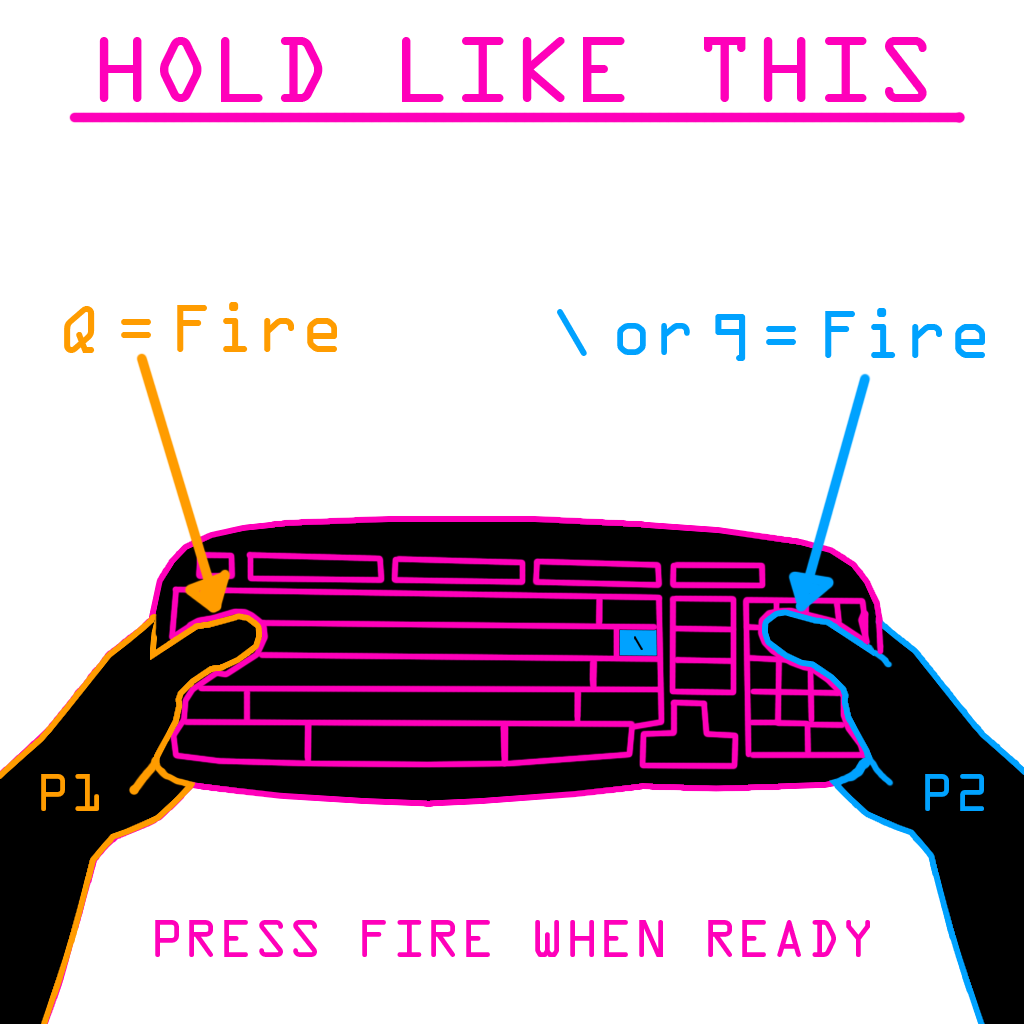 For player movement, we knew that players were going to be pressing many keys in succession to try to find their correct movement keys, so our goal was to make it fairly obvious that you had hit a movement key, even if you just tapped it along with several other keys. To accomplish this, and to keep players from sitting still too much, we went for a movement style similar to air hockey, where players keep some of their momentum and drift around the board, bouncing off of walls and each other. For added feedback, when a movement key is hit, we display an arrow on the screen informing that player which direction key or combination of keys is being pressed. 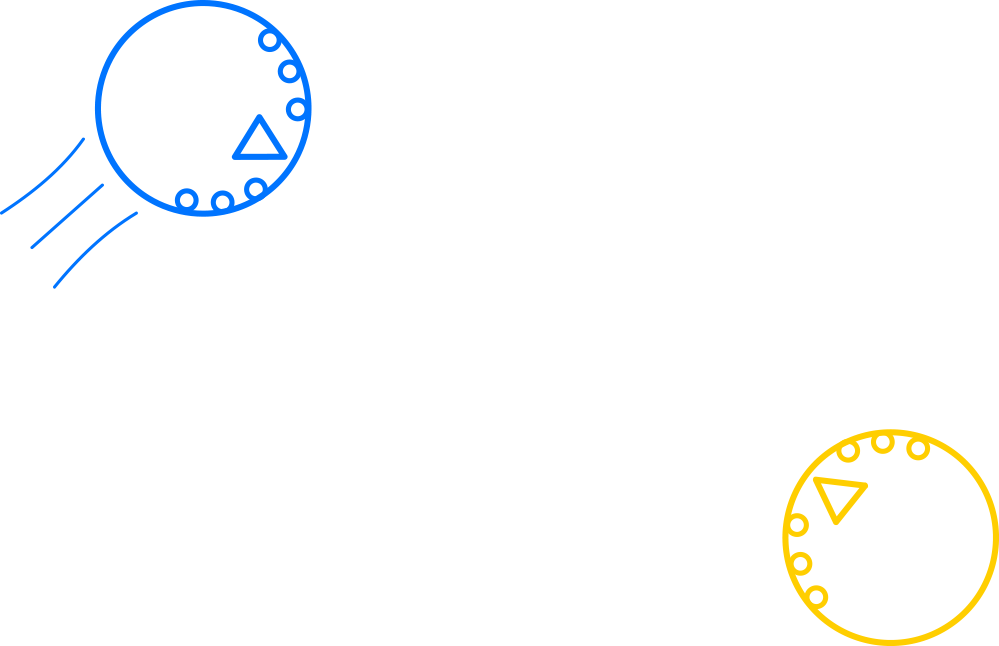 We wanted combat to be simple enough, but still fun and strategic. We made the decision early on to keep the fire button constant, so that two players holding a keyboard between them can easily reach the fire key and fire at each other at every opportunity. To cut down on unnecessary and complicated aiming, players are always facing each other, and will always fire in the direction of the other player. To prevent matches ending too quickly, players have a hit cooldown that prevents them from taking too much damage at once.

We wanted to reward players for figuring out their movement, or cleverly utilizing a partially discovered movement set. Naturally, as a player gains more control, it becomes easier to defeat his or her opponent, but we also added in some power-ups that can help players or mix up the flow of a match in other ways. There’s a shotgun style upgrade which turns each shot fired into three, making it easier for a player to hit his or her opponent, a quad shot upgrade, which shoots four shots, in a rotating spiral around a player, which can rapidly damage the nearby environment and may trigger explosive spaces, and finally, there is a health replenishment pickup, which can quickly turn the tide of a match.

The buttons for fire are constant, and are positioned on opposite ends of the keyboard so that players can fire with their thumbs while holding the keyboard. 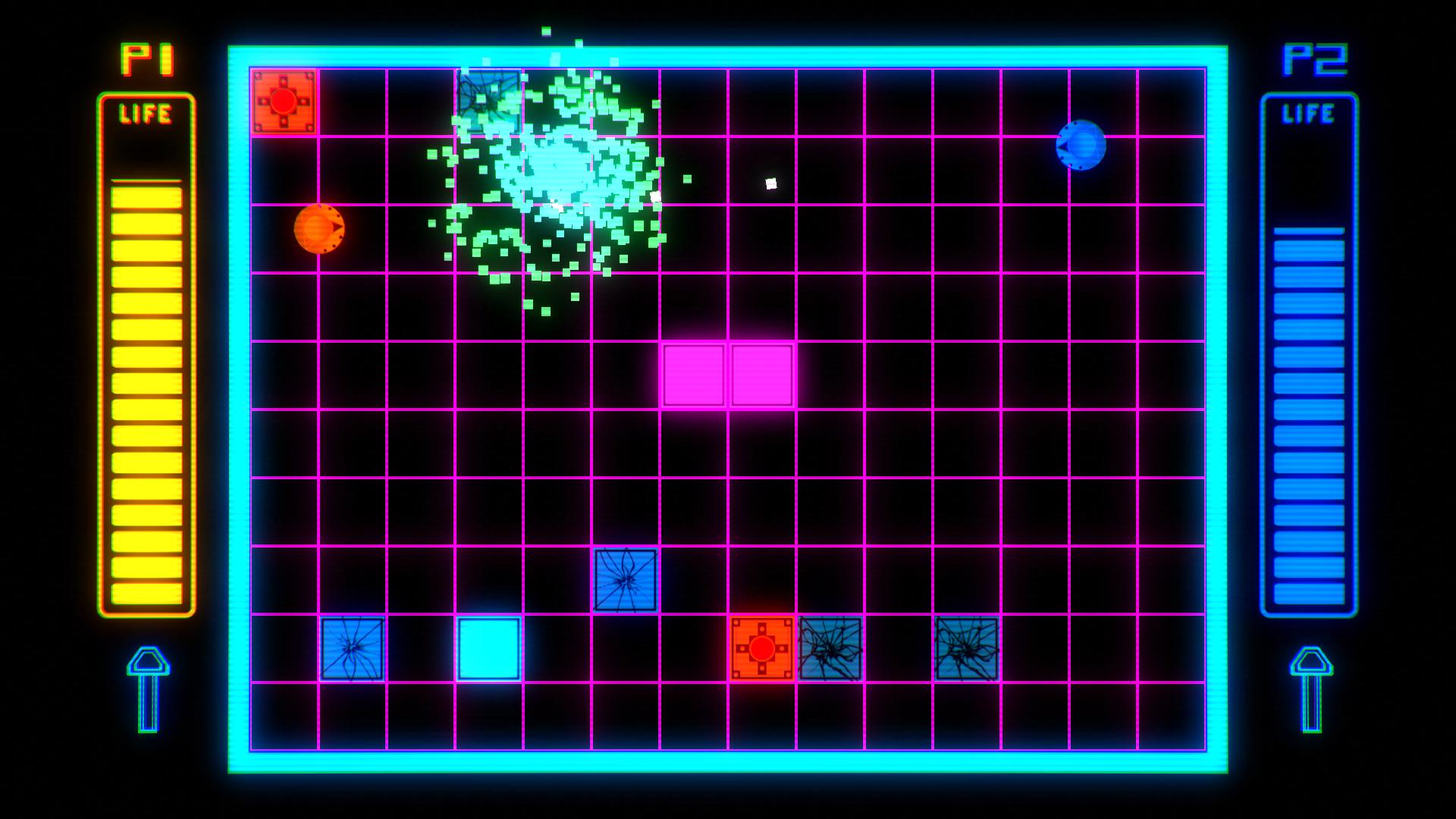 To keep firing simple and fun, players always fire in the direction of the other player. Once a player has discovered his or her controls, collecting power-ups and taking cover behind scenery become the keys to winning a match. There are explosives that can appear around the stage too. Hitting one of these with a stray shot will damage and knock nearby players around the stage. This can set off chain reactions that can send players bouncing around the stage. One of the more nuanced design mechanics is that explosions only do modest damage to players, but they ignore damage cooldown, meaning that a chain reaction can devastate a player’s health.

Ctrl-Seek is a simple game, but I’m proud of the polish and design decisions that my team and I put into it. You can download it and play it for yourself through the link below.